Hit enter to search or ESC to close

Born out of necessity, a core group of employees formed GB Collects in April 2001 after the owner of their previous collection agency decided to sell out to a bigger BPO firm. A short time later, the BPO firm decided to dramatically reduce the size of the collection staff and George Bresler, the Collection Manager, was told to terminate half of his employees as the company’s new goal was to represent only their top three clients.

George questioned their direction knowing the collection firm had 1,200 clients and a successful business plan under George’s collection management. In addition, he was advised to “stop returning the other client’s phone calls.” This was unacceptable to George. He refused to fire his loyal employees and instead resigned and started GB Collects. George’s complete management team is comprised of ex-employees who were outsourced by the prior BPO firm. George believes in relationships, not fiscal goals to achieve a proper work/life balance. By embracing quality people and a loyal environment. 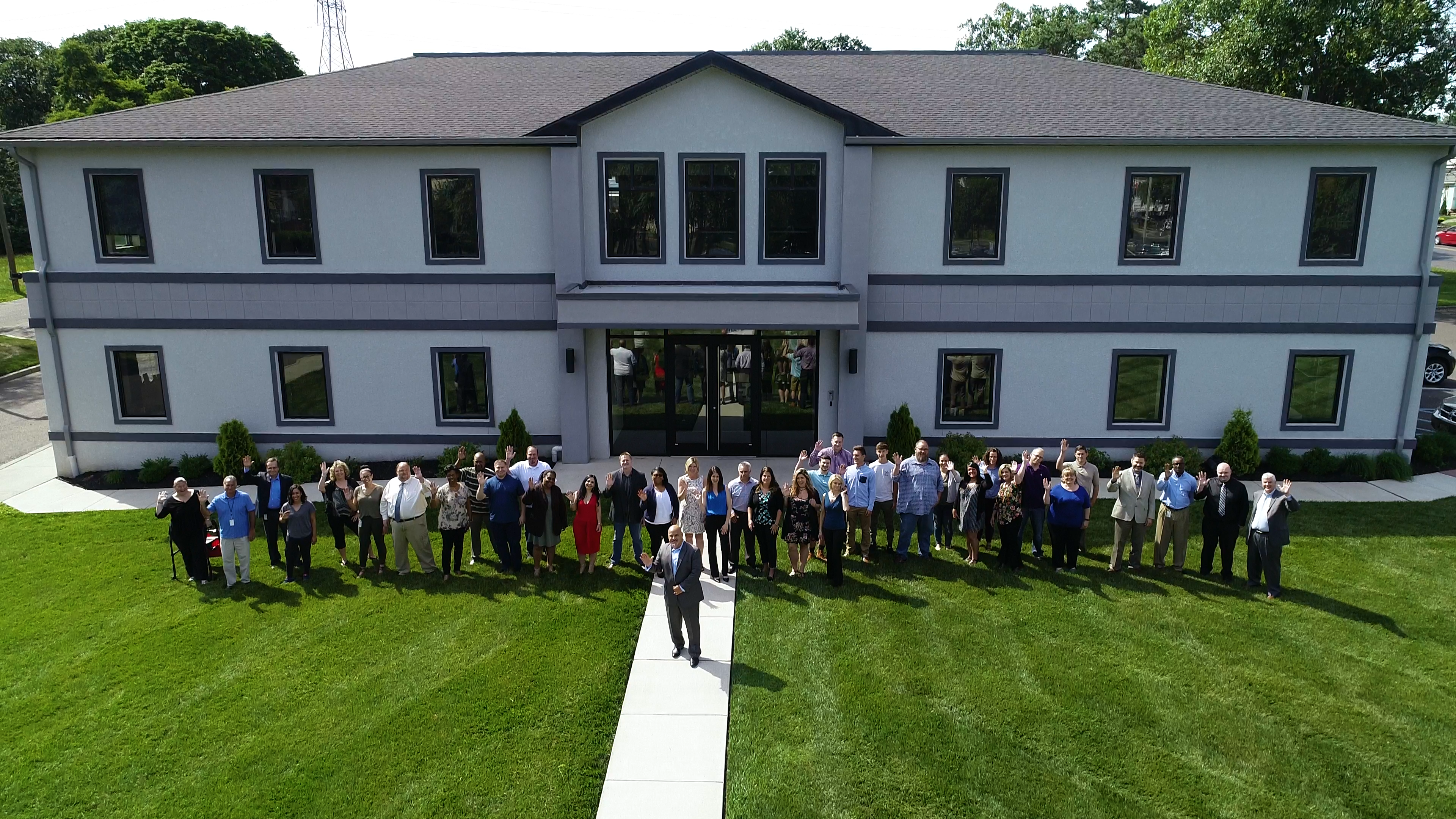 From those humble beginnings, GB Collects is now celebrating its’ 10th year anniversary. George has built a best-in-class firm that is envied by many businesses and gained the loyalty of every GB Collects’ employee. The company is made up of positive people employing positive principles providing positive cash flow for its clients. GB Collects is proud to have delivered the finest receivable management services to the top health and property casualty insurance companies, commercial lessors, manufacturers, distributers and law firms for over ten years. We look forward to many more decades of delivering great services in the collection industry. 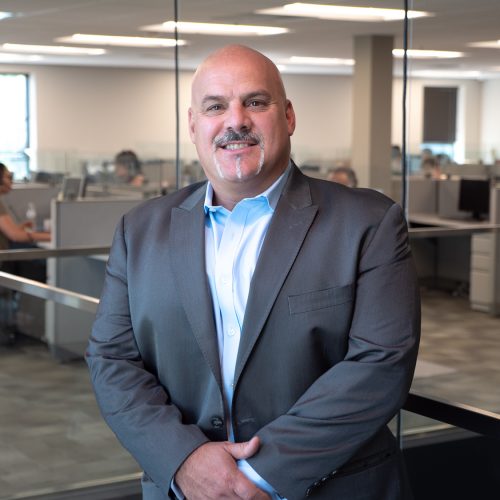 George started his career in 1987 with credit giant Dun and Bradstreet where he was employed as a final demand collector. After 5 years with D&B George was recruited to another collection agency where he spent 10 years, honing his skills to be promoted to collection manager, before that agency was purchased by Creditek. Creditek and George split ways immediately and George took the ultimate leap and started GB Collects in April of 2001. George has been able to grow the company from 2 guys working in George’s garage to a staff of 60+, along the way receiving many accolades for their amazing contribution to the community and the industry. GB collects under George’s guidance and 100% ownership has grown every year for the last 17 years. Named to the 40 under 40, INC 5000 (6 times winner), ESRG award Winner from the Department of Defense,, Best places to work last 8 years in a row, Philly 100 7 times,. George is a Founding Member of the Commercial Collection Agencies of America, Board member and Vendor Chair. George has taught the first Credit and Collection course the Burlington Community College, he is a constant fundraiser for the Women’s Opportunity Center of Burlington County and also a fundraiser for the Leukemia and Lymphoma Society. In his free time George is a mentor to young entrepreneurs, an avid offshore fisherman and golfer. George is dad to 4 great kids and a great husband to his dedicated wife Ashley. 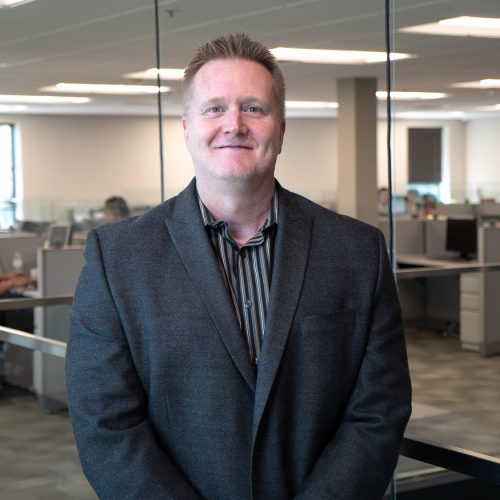 In 2001 Gil started GB Collects with George Bresler as the Director of Operations and was soon promoted to the Chief Operating Officer. Gil spent the last 27 years working in the collection industry where he encountered every aspect of the business. With a strong focus in the consumer markets as a retail collector, Gil consistently surpassed his goals. His superior collection skills steered him to a manager of outsourcing at a previous Commercial Collection Agency. With a strong focus in the Information Technology fields, Gil invented and took the lead development role in developing the “Debt Watcher” business platform, an innovative tool that increased business reliability while also increased the flow of collection protocol. Under Gil’s leadership, GB Collects has been named one of the Fastest Growing Companies by INC Magazine under their INC 5000 for 6 years, Best Places to Work for the last 8 years, and multiple year Philadelphia 100 winner, along with many other accolades and awards. Gils contribution, dedication and complete commitment to the success of GB Collects is unmatched. 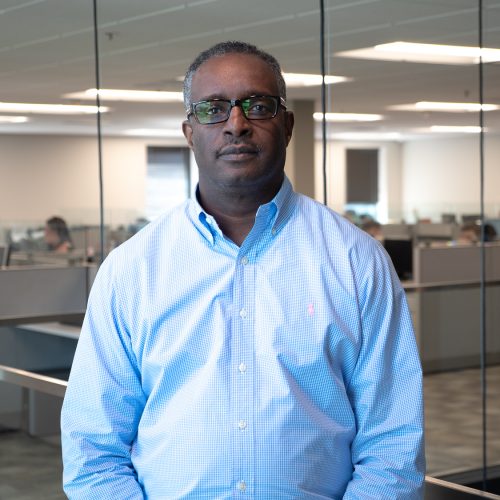 Ken joined GB Collects in 2004 and has a combined experience of over 33 years in the Debt Collection field. Ken, A graduate of University of Maryland (Eastern Shore Campus) with a degree in Liberal Arts, also attended the Naval School of Health Sciences in San Diego CA and Naval Field Medical Service School in Oceanside, CA. Ken left the US Navy as Perry Officer 1 Early on in his career, Ken became a certified Paralegal and brings a unique valuable perspective in his approach to effective problem resolution. His staff of 16 handles all aspects of the Commercial Collections arena. Ken’s groups have been an integral part of the growth of GB Collects since inception. A dedicated husband and family man, Ken is active with fundraising, mentoring young men, youth development and character building. 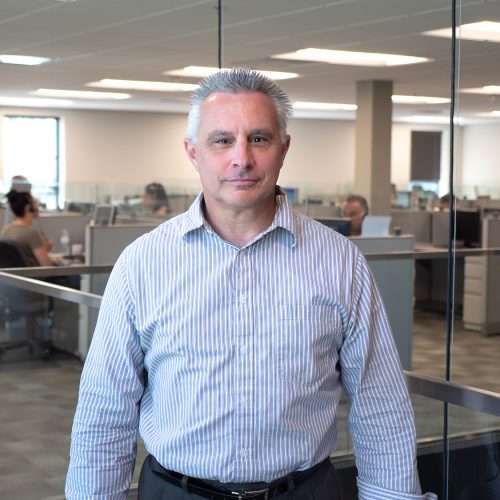 Chuck began his career over 30 years ago with industry giants Chrysler Financial and Sallie Mae. In the last 5 years Chuck as built his department of collection personnel to a total of 15, mainly handling Provider Overpayment and general collection. Under his guidance, GB Collects collection recoveries have grown consistently each quarter. Chuck is a graduate of Rutgers University and is also an active member of the local Knights of Columbus where he is currently the Grand Knight. A dedicated husband and family man, Chuck enjoys spending time with his four children ranging from age 14 to 25 and his wife of 28 years Colleen. 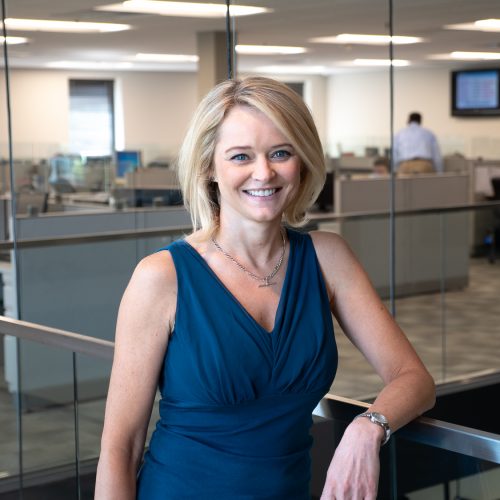 Emily has been an integral part of the GB Collects team since 2005. After being hired as a senior accountant, Emily quickly earned the role of Chief Financial Officer, and now manages all aspects of the firm’ financial reporting, budgeting and strategic planning. A native of Northern Ireland, Emily moved to the States on 1997, following her graduation form the University of Ulster. Emily gained her first introduction to the collection industry that same year, when she was hired as a commercial collector for a small firm. While this gave her a deep understanding of the collection side of the business, she realized her strength was in managing the books. After gaining several years’ experience as a bookkeeper, Emily left to pursue an MBA with a concentration in accounting before accepting a position on the audit team for a large National CPA firm. Emily’s experience in public accounting has proven invaluable in her ability to navigate the complexities of the various audits, compliance and tax matters nationwide. 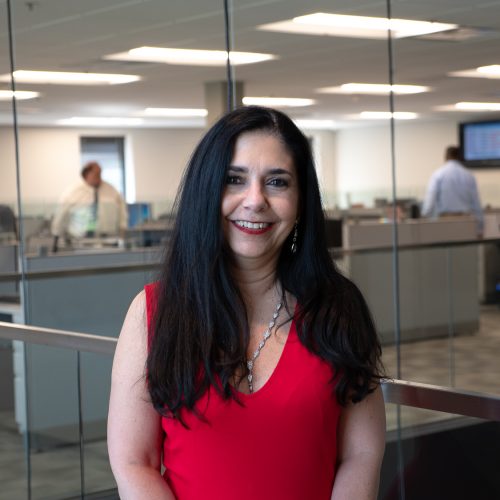 Marisa started her career here at GB Collects after 33 years with industry giant Dun & Bradstreet. Marisa holds a Bachelor of Science degree from LaSalle University and her experience in the Commercial Collection and Customer Servicing arena is unmatched. Marisa’s ability to nurture relationships has lead to long-term solutions and satisfied clients. Born and Raised in “South Philly” with her family, she loves to volunteer her time and fundraise for her parish, Epiphany of Our Lord church. She serves as a lector and continues to serve as a Board Member for the last 5 years on both the Parish and Finance councils. Marisa speaks fluent Italian, loves to travel, wine taste, cooking and photography. 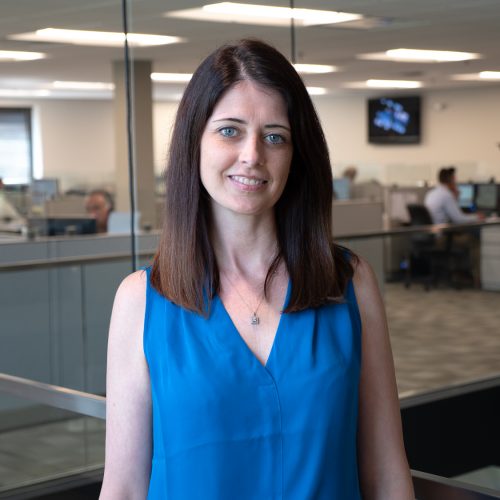 Jen started her career here at GB Collects over 15 years ago and has grown from an entry level employee to one of the most dedicated industry professionals. During her tenure, GB collects has grown from a staff of 6 to a current staff of 60+. While Jennifer supervises all aspects in Finance, Administration as well as Human Resources, her hard work and dedication has brought here to where she is today. Her extensive knowledge of cash management, payroll, banking, reconciliation, trust management, A/R, A/P has demonstrated a complete valued integral part of the GB Collects Management team. 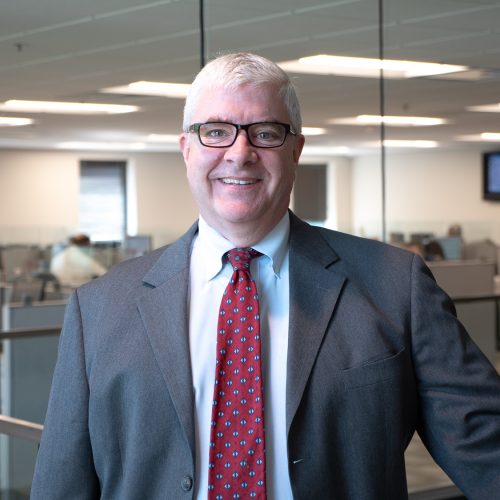 Jon started his career 35 years ago in the credit management world, representing a large beverage distributor and progressed to Credit Manager for giants like Kraft General Foods and Allied Building Products. While credit management was in his blood for the first 14 years, Jon was recruited into the commercial collections industry. Given his vast experience in the credit world it was a natural fit. Jon joined GB Collects 16 years ago as Sales Manager. Jon has progressed to be in charge of GB Collects complete Sales and Marketing areas with a strong focus of the Insurance and Treasury and Premium Accounting fields.. Jon holds a Bachelor of Science Degree from the University of Scranton in Business Management. Jon has volunteered his time for industry related concerns such as the IASA (Insurance Accounting and System Administration) and also a Member of the Credit Research foundation and French American Chamber of Commerce. In his free time Jon enjoys kayaking, hiking, craft beer and the occasional golfing adventure. 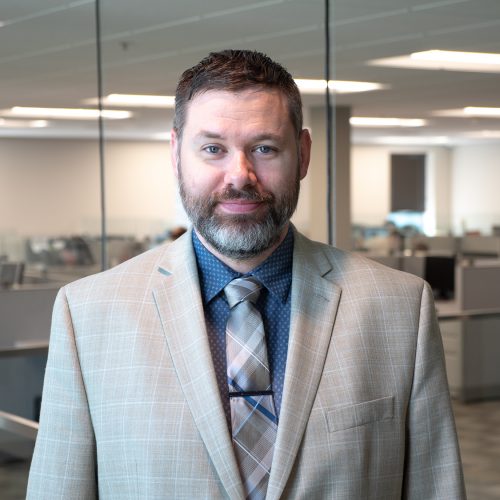 Nick started his career in the Commercial Collections Industry 20 years ago, with the last 15 being at GB Collects. Through hard work and the success of GB Collects, Nick has worked his way up the management ladder from a Client Liaison to running the division, ensuring client satisfaction at every turn. Nick has been instrumental in helping GB Collects become a trusted partner with it’s clients today, delivering the Best In Class service that our trusted partners have come to expect. A graduate of Rutgers University with a Bachelor of Science in Economics, Nick has been able to embrace those skills with a background in Information Technology, having held numerous certifications including Microsoft MCSE. A dedicated Husband and family man, Nick and his wife have 2 children and reside in Medford NJ. In his free time, Nick enjoys woodworking, Keeping Honey Bees and Small Batch Craft Beer brewing. 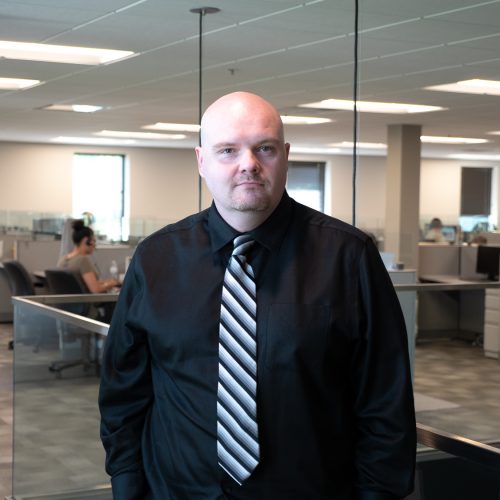 IT manager, Head of Compliance

Frank started his career 24 years ago in the Information Technology fields working for industry giants Wawa, Rent-A-Center and Fashion Bug. This experience in the IT field has driven Frank to learn, acquire and embrace many programs we use today. From UNIX, NCR POS to designing Video Game applications, Frank has encompassed every single arena in the Information Technology Field. For the last 5 years Frank as successfully implemented the GB collects Compliance system, enforced, monitored and driven the successful implementation of numerous new technology initiatives. Frank has successfully lead the SSAE SOC 2-Type compliance for the last 5 continuous years and has developed a HIPPA complaint monitoring, testing and corrective action plan. Under Franks guidance, GB Collects has taken Best –In –Class and Industry Leader role, implementing new technologies that drive a successful Commercial Collection Agency in today’s even changing competitive compliant environment. A full time single parent, Frank devotes his limited free time to helping today’s youth, fundraising for charities and training underserved youth about computer literacy.

GB Collects has succeeded in third party collections for 20 years. Our highly trained staff creates a sense of urgency to make sure delinquent customers hand over your money fast.

Become a Client Today!Contact Us 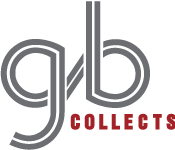 GB Collects is a debt collector, and this is an attempt to collect a debt. Any information provided will be used for this purpose.

We welcome your questions and requests. Just drop us a line, give us a call, or visit our offices.

GB Collects is a debt collector, and this is an attempt to collect a debt.  Any information provided will be used for this purpose.

I Accept I Decline